Investing in cryptocurrencies and mining: sharing results and strategy after 80 days 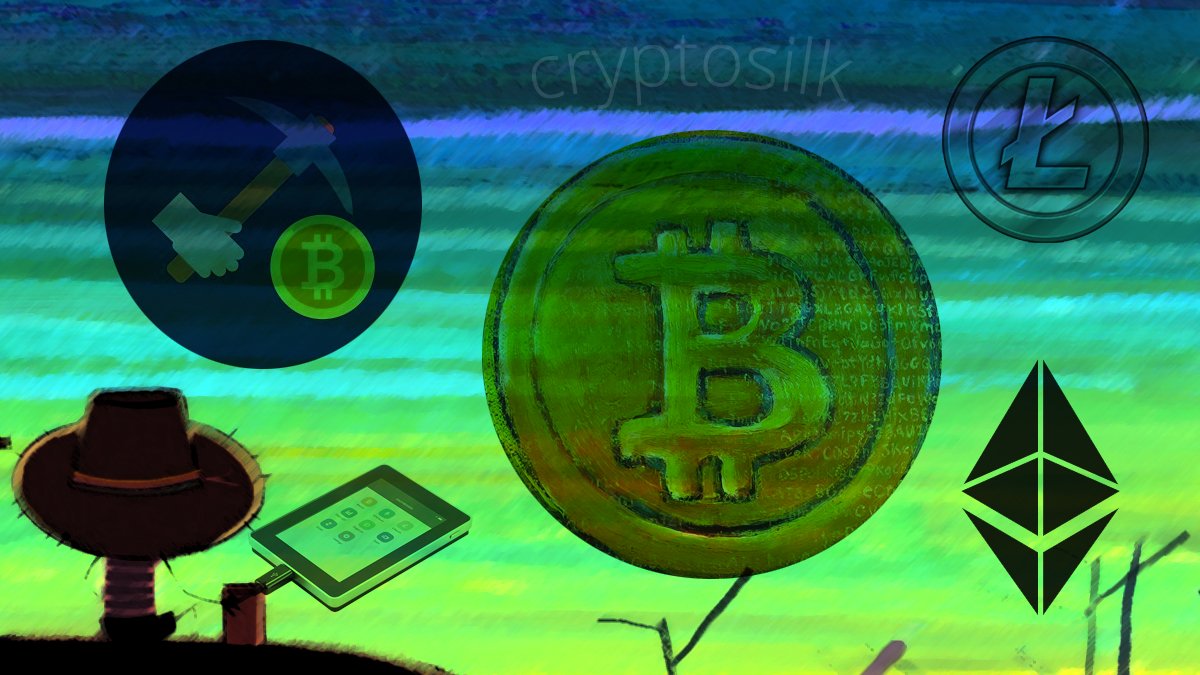 Two years ago i’ve heard about cryptocurrencies, actually it was something about Bitcoin and i didn’t catch up this idea to the end. I knew about mining (how bitcoins appears), made some calculations, ROI and decided that it’s not worth to invest my time to it.

BUT, after rally in May of 2017, when Bitcoin price reached $2000 and Ethereum price grew up 3000% in 5 months, i didn’t have any choice like to make a step with my own real money in cryptocurrency world.

How did i started?

In June 2017 i didn’t know anything about crypto wallets, exchanges, how to buy, sell or store cryptocurrency. First, i was fascinated about crypto mining, so decided to choose most secure company to invest in cloud mining. Then, i bought some Bitcoin and Ethereum from researched and secure bitcoin and ethereum exchange. I will share all my experience and earnings after 80 days living with cryptocurrencies.

After some research and reviews on Youtube i’ve made a decision to choose Genesis mining. I’ve made some calculations and decided to buy Open-Ended Bitcoin Mining 20 TH/s contract. For this type of contract i’ve paid $2522. I expected to return my investment in 5-6 months, but mining difficulty increased and i was little bit scared. Changed my ROI prognosis to 8-12 months. Next, i will share my Genesis payouts, which decreases when mining difficulty increases:

As you can see, first payout on 8th July was 0.18577362 BTC. It’s because i’ve started on 8th of June and Genesis rules are if you paid by credit card – payouts are hold for 30 days in their account. Real payouts to my crypto wallet began only after 30 days mining. Pay attention, that daily payouts sometimes are with 1-6 days delay.

Cloud mining scenario doesn’t look so amazing if we compare it with Bitcoin buying scenario. If money were invested in buying Bitcoins instead of invested to Genesis cloud mining, then ROI of investment would be much better.

Genesis mining payouts are in Bitcoin, so i’ve had to create my Bitcoin wallet to receive payouts.

There are three types of cryptocurrency wallets: online wallets, hardware wallets (most secured) and paper wallets.

Most comfortable are online wallets, but they are most unsecured. I’ve tried many online wallets: Coinbase, Blockchain, Copay, Airbitz, Breadwallet, Exodus and Jaxx. After some tests, i’ve picked up two online wallets which i still use: Jaxx and Exodus. 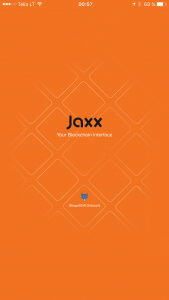 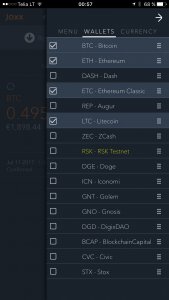 I’ve chosen Jaxx because of many supporting cryptocurrencies (BTC, ETH, ETC, LTC, DASH, REP, ZEC and many more), also another advantage is that Jaxx works on Iphone and Macbook which i use. There are still some bugs with Jaxx, but not major. First i don’t recommend to get Genesis payouts to Jaxx wallet, because you may loose your payouts, they do not support transfers from mining in small amounts. You can search on the internet more about this problem.

Actually there is one extra good thing about Jaxx. After Bitcoin fork, when Bitcoin cash appeared, Jaxx promised to add new Bitcoin Cash wallet to Jaxx. It means that those, who had Bitcoin until August 1st, will get the same amount in Bitcoin Cash. It’s very good news – free money makes me smile 🙂

Exodus works only on Desktop, but it’s interface and reviews on internet are really positive. I’ve chosen this wallet as my second wallet to receive mining payouts. Exodus doesn’t have any issues about mining payouts – it works really great. Exodus registration and app is really easy and works on OS X.

Ledger Nano S. The Ledger Nano S is a multi-currency hardware wallet, featuring a screen for payment validation and architected around a secure element for maximum protection of your assets.

Ledger Blue. The Ledger Blue is a high end signature device, featuring a touch screen and USB/BLE connectivity for PC and smartphone compatibility. It runs multiple apps such as Bitcoin, Ethereum, FIDO U2F, SSH, GPG and many more. The Blue is the most advanced open source secure device available.

Another popular hardware cryptocurrency wallet is Trezor, which you can also buy on their site.

A paper wallet is a document that contains copies of the public and private keys that make up a wallet. Often it will have QR codes, so that you can quickly scan them and add the keys into a software wallet to make a transaction. There are many paper Bitcoin wallet online generators which can create a wallet in few steps. I didn’t try, so i cannot recommend or advice.

After investing to cloud mining i’ve decided to buy some Bitcoin and Ethereum for long term, so i’ve had to choose low fee BTC and ETH exchange. I’ve tried some exchanges: Coinbase, CoinMama, Bitcoin.de, Bitstamp, Bitbay, but finally chose Bity.com because of lowest fees. On bity.com i’ve bought 2,85 ETH for $1200 and 0.3868 BTC for $1200.

I wanted to buy some altcoins Litecoin (LTC) and Ethereum Classic (ETC), so i’ve had to join crypto exchange market. I’ve tried to use Bittrex and Poloniex exchanges, but made some real transactions only with Poloniex (also, because of lower fees). For just playing, i’ve spent 0,12 BTC to buy 9.9 ETC (Ethereum Classic) and 4,4 LTC (Litecoin).

Portfolio and results of investment to cryptocurrency world after 80 days

Cloud mining result also positive. I understand that my ROI 72% in 80 days is just because of rising Bitcoin price, and it’s not about good mining perspective at all.

Markets full of optimism means that prices will go down soon. I’ve made some Bitcoin price forecast for the rest of 2017 (Sep, Oct, Nov, Dec).

I’m just guessing, September and maybe October will be rising months for Bitcoin price, but later Bitcoin should go down. When everyone buys, even grandmother from the market or taxi driver, you should know that price won’t go up forever. I think that Bitcoin price will reach $6000 by the end of the year, but it won’t be so easy. There will be difficult periods for Bitcoin and we should wait for bear coming to the coin market. Just remember month of July this year, when crypto market were red.

My plan is to wait Bitcoin price down cycle and then buy some of this crypto.